Hello all! I can't believe we're almost midway through October. Seems like time is just a flying, and I'm not entirely pleased to report that in terms of my future in Perth and the PhD, it's as uncertain as ever. The biggest challenge right now is completing the work for Dames & Dimes, which I committed to at the end of last year and now fully understand why my PhD supervisors told me that in order to take it seriously, I had to avoid committing to other projects. As much as I'm enjoying D&D and the complexities that come with composing in this style (Broadway/30s big band/swing etc), it's been a full-on job that is depleting my creative resources (and I say this in a neutral/positive way, i.e. a person has only so much inspiration at one time, ha!).

Coupled with some side effects from the Pristiq that I've been on for the past few months, the biggest seemingly being my inability to get a proper night's sound rest (I get up, on average, 4 to 5 times a night, which is plenty; also, my dreams are noisier, more vivid; not necessarily bad/nightmarish, but just... a lot to digest, frequently involving pets, family, friends, or my own future, which tells you what my brain is trying to process, I suppose!). So the past fortnight or so has seen me being a little crankier and moodier at home (poor Bren, my lovely housemate), because of the lack of proper sleep and the uncertainty with my postdoctoral future.

A part of me believes that the fact that I place priority on D&D, and really just want to compose my PhD musical more for the experience/achievement of composing the musical rather than to dig into something deeper, already tells me that my mind is made up as to what to do study-wise. But quitting now opens up several logistical questions, namely, what do I do with the rest of my stuff? When do I get rid of them? When do I go home? I want to be home in December; do I now have to (resume) deal(ing) with all the loose ends in order to make a December deadline? Or do I go home, come back in early Jan next year, and see what happens? Garrrgh.

I think what makes this particularly stressful is that my previous supervisor, the lovely Jenny, has a different mindset and understanding of what a PhD entails compared to H, my new supervisor, who is really cool but different. Y'see, a PhD should be a new contribution to existing knowledge, and Jenny believes that the creation of a new work, or the writing about oneself which is new and has repercussions for other researchers and academics, is a contribution to knowledge it and of itself. But H has the more traditional, dare I say "rigid" view of research, i.e. it's less about the creative work and the self, it's more to do with the bigger picture. The musical itself isn't enough.

I'm not saying that Jenny's p.o.v. is simplistic by any means; there would still have been a rigorous engagement with theory required. But I think what's stressing me out now is, under H, I need to figure out the bigger picture behind my musical idea (which I won't talk about publicly just yet). In other words, the musical is simply a tool to explore a bigger, deeper, more important idea/concept; the writing of the musical is a means towards finding out something theoretically bigger with wider-ranging effects on the research/academic community and which contributes new knowledge to the existing theories and information out there.

As my dear friend Mel said: "I want to know more about _______" (fill in the blank), "because _________, in order to ___________". So, for example, for her thesis: "I want to know more about female performers during Shakespeare's time, because it is an underrepresented and under-researched area of Shakespearean and theatre-history studies, in order to reclaim the role and representation of women in a predominantly male-oriented era. (I'm filling in the blanks based on memory; these might not be her actual answers, but it's close enough to give you an example.) So, for my own proposed thesis: the first blank is the subject of my musical. The next two blanks are still a bit of a wild card.

Maybe, just maybe, all I want to do is write the bloody thing.

It's not all been bad though. I'm almost done with the composing work for D&D (though the next step would be the notation/scoring, which is going to be a full-time job in itself); and Bren and I have been spending quite a bit of hangout time together, which is always awesome. We've been making it a weekly thing now where we go for lunch at Delicious Fingers, this nice cafe nearby, on Saturdays; followed by picking up his sweet 14-year-old puppy Digby and spending a Digby afternoon. We've been doing this for the past three weeks now (today, Saturday, will mark the fourth), and it's been cool (though it means more spending money, ha!). Bren and I have also been going for proper dinners at Clancy's, most recently last night, and again Saturday last week with his mates, including Ross and Troy. Good lads. 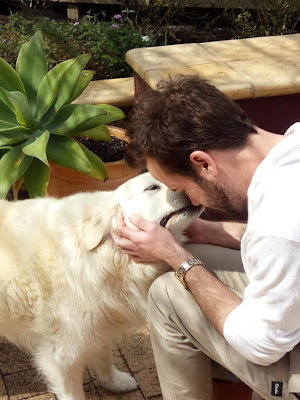 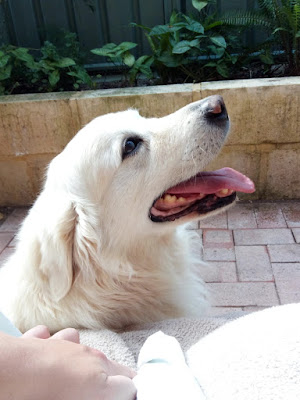 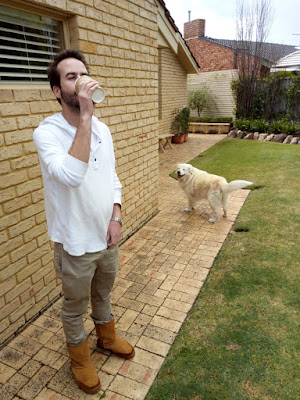 On Sunday, Sept 23, Carol, Scotty and I headed to the Perth Royal Show (thaaaanks, Carol weehh!). We spent the entire day there, which was tiring but also a lot of fun, and I left with a couple of showbags, including a box of Lindt chocolates that were gone within a few days, arf arf. We had access to the VIP area courtesy of Carol's workplace, so we had a prime seat to view the goings-on in the main oval in the evening and the fireworks that ended the show. All in all, it was a great day out, and I bought my housemate and myself some Rick and Morty plushies as a memento!


The weeks prior to that were spent with me heading to WAAPA and chilling with Michael L from New York (I mentioned this in a previous post) and getting to know the WAAPA kids better too. So that was pretty cool. I attended several of Michael's masterclasses and made new connections, and we even saw a couple of shows together – Sunday in the Park with George, and Best Bits by the third-year graduating performers.

On Thurs, Sept 13 – after spending the night at Joey and Aleesha's new house about 40 minutes south of here, dogsitting their pup Horace while they had landscaping work done – I headed to UWA and saw an opera that was performed in a swimming pool, which was really, really unique and cool! The singers were literally around the pool and in the water, and they had a live musical ensemble and everything. It was a very good show, although I paid something like $65 for a ticket and the show only ran for about 45 minutes, so I'm not entirely convinced that it was worth the ticket price. But never mind, it was an interesting performance nevertheless, and I'm glad to have had the experience.

I think that's about all for now. Heading out for lunch shortly, so I'm going to sign off on this post here. Till my next update (which hopefully won't be next month)... see ya!