It's NY Eve and I've hit 35 blog posts this year, hahaha! Officially the lowest out of all the years, but I'm aiming to do better next year! How's everyone doing? I haven't been up to much since Christmas; mostly chilling at home, occasionally catching up with friends such as Dominic briefly to catch his theatre troupe performing their Christmas Small Stage IX show; Alvin and Karynn a couple of nights ago at Dome in Bangsar (where I could only partially hear them because I'd gone swimming for the first time in ages that afternoon, and surprise surprise, I ended up with one of my classic waterclogged ears); and yesterday I met with Joe and Faridah at KLPAC to give them a New Year's fruit basket, which was quite a lovely albeit brief meeting I thought. Shame I forgot to take a pic of the fruit basket, but it was a nice one. :)

Speaking of swimming (and fruit baskets, HAHA!), here's something I posted on FB this week:

I leave you with this video on Youtube of an ad that I wrote the music and arrangement for. Quite chuffed with having my official first commercial composition, even though admittedly the concept and lyrics (very localised) are pretty cheesy, LOL. But that's what they (the client and ad agency) were going for, I guess! (Much like my love for Fuller House; it's cute but cringe-worthy, arf!) The more interesting aspect is the amount of phobic comments on the Youtube page itself (some in Malay, so not necessarily understood by all). Ah well! Here's to more commercial work next year! Enjoy the vid! 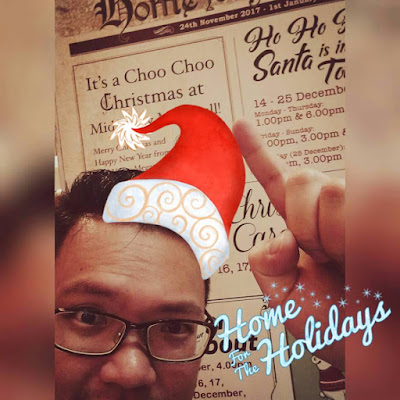 Hello all! It's less than a week till Christmas, isn't that incredible? Arf! A bit of recapping to be done, but before that, let me just start by saying I've given it some thought and I'll be aiming to update this blog more frequently after all. Why? Because, even though Facebook is a good collector of memories, it's not all that easy to access posts from the past (apart from the 'On This Day' function). Also, since I switched FB accounts from the old one (which I'd had since 2007) to the new, not all memories are necessarily visible (to me or other people). So... I have no idea how diligently I'm going to do this, but I'm going to give it my best shot, heh! After all, this blog has existed since 2004. It's not going to die just yet!

So what's new?? Oh yes, as of about three weeks or more ago, I've been back home in PJ, back with the fam and the doggies! YES! Whoo-hooo!! I've been doing virtually nothing the past few days, heh. Just recuperating from the stressfulness that was most of this year, and relishing the peace away from the housemate drama in Perth. As I mentioned in my previous post, there's no longer any friendship remaining between Other Nick and me, and we're just waiting for him to get out of the house. I know there are a couple of blog posts about him here on this site, and I'll leave them up for posterity and as a reminder of how friendships that move too quickly can dissolve just as quickly.

The good news is, as of right now, I'm still going to be remaining in the house on North Lake Road, especially since the other two blokes have made it clear they want me to stay. Let me channel my inner Sally Field at the 1985 Academy Awards by saying: "They like me! They really like me!" :P And of course, I'm generally getting a handle on things as my mental health has been improving (fingers crossed) with my ongoing half-tablet of daily medication.

Actually, I've not done absolutely nothing... I've got a couple of new projects lined up for 2018 and 2019, at least two next year and one the year after, all of which I won't really be talking about just yet! But one of them is the new musical for Cempaka Schools (which did Alice's Wonderland this year), slated for 2019, work on which will commence really soon. Whoohoo!

I've also been commissioned to compose a song for the Philhamonic Society of Selangor, a community choir which will be celebrating its 60th(!) anniversary next year, so I'm really happy to announce that after the drought of creativity that led me to believe that my life as an artist was over (sigh, all this drama, Nick), as of last month and this month I've composed my first new original song, recorded it as a pop demo, and have since adapted it for the choir. I'll post more about it after it has had its proper premiere so as not to spoil things... but let's just say I'm chuffed to be back in the creative zone again!

As for the rest of what I've been up to since getting back... well, let's do more a photo recap, shall we? The adventure started with me, Sarah and Jenny meeting at the airport on Sunday, Nov 26, to catch the same flight scheduled for 4:50pm that day. Oh look, here we are, all happy and excited! (Well. Excited and scared. Nervous flyer, remember?) 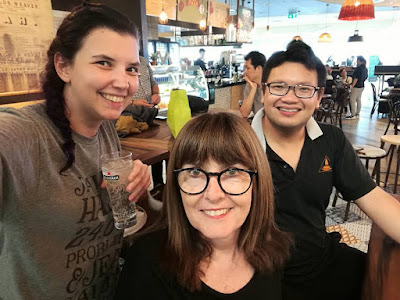 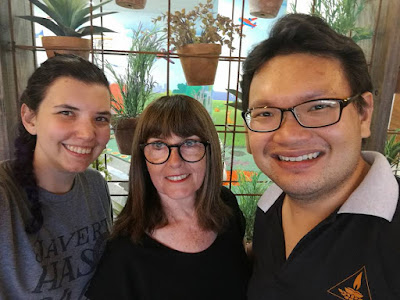 Unbeknownst to us, our flight was delayed for over four hours! ARGH! So we only left Perth after 8pm, arrived in KL after 1am, and thus we looked like this as we waited for our luggage at KLIA2: 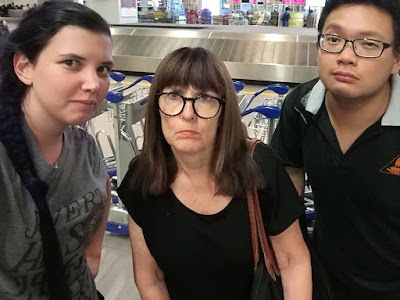 Why were Sarah and Jenny in KL, you ask? Why, for the Malaysian leg of our tour of Home At Last: A Toy's Journey, of course! You might recall that we last staged it in Perth in April, but it was always the intention for it to tour. And so barely a few days after arriving back home, I was back with the lovely Perth peeps at the Temple of Fine Arts for our show, which went really well. Here are some photos of us hanging out at the TFA and in the vicinity of KL Sentral: 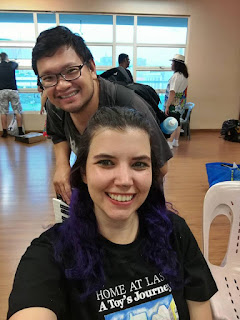 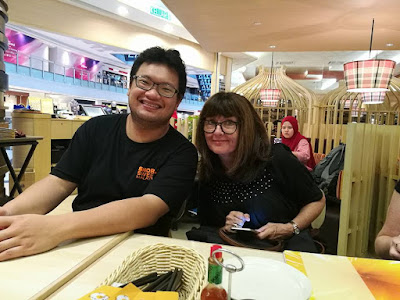 As for the rest of what I've been up to, I'll leave you with more pics! Enjoy! 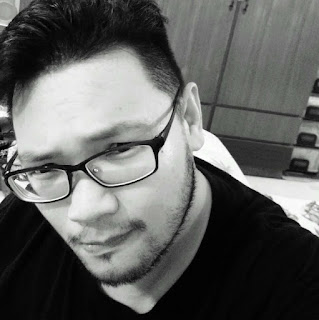