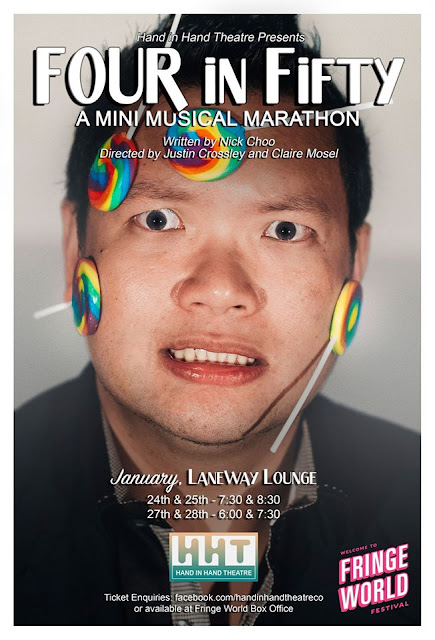 More details at Hand in Hand Theatre Company's Facebook page as well as on the Fringe website... and more information will definitely be coming! Stay tuned!
Posted by Nick Choo at 4:09 pm No comments:

Oh hey! Can't believe it's 21st December already, three weeks or so since I last updated. WTF? Time's just a-flying, it's incredible. Right now I'm sitting in my air-conditioned bedroom, thanking the heavens for the A/C because it's a scorching 40 degrees outside, oy vey! But yeah, what's been going on? Not a great deal... I spent the last couple of weeks working hard on the 10,000-word confirmation of candidature essay that I needed to churn out, which culminated last week in a meeting with my supervisors to discuss the future of my PhD. Long story short, all that hard work paid off as I'm officially a PhD student and will be (for now) continuing on this arduous, tedious journey. Oy.

What else is new? I've lately begun to feel a bit more frustrated by my housemates because two out of the three of them are quite antisocial, choosing to do their own thing (which is their prerogative) but I guess it goes to show that sometimes you need to temper and clarify your and other people's expectations as to what they're looking for in a new housemate. It's reached a point where I kinda feel awkward with at least one of them and am finding ways of not being in the house when he's home, which, you know, kinda sucks.

And today I discovered they've taken to turning the wifi off when they game, which they claim is to stop devices from auto-uploading and updating and stuff, but it still makes me feel a little bit sidelined because I'm a gamer and therefore I'm not involved in these discussions. It's hard enough not connecting with a couple of 'em, much less being the new guy who doesn't game. Sigh. So yeah. That's what's been happening in this house. Can't say I'm happy about it, but I'm not so unhappy that I need to make drastic moving-out decisions (unlike the FIFOWifo matter), so... I guess we'll see how things develop over the next few weeks hey? It kinda sucks because I feel like the only way I connect with them is when I'm doing nice things for them, like cleaning up after them (which isn't my job) and doing stuff like buying them donuts, which got a positive reaction (virtually, on Whatsapp). So... sigh. I dunno. Anyway. 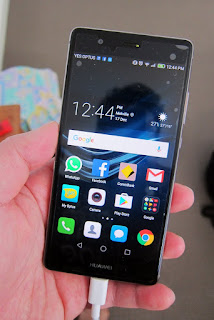 I'm kinda regretting my decision to stay in Perth for Christmas, which will be the very first time ever that I've not been home for Christmas. Ever. I've always made it a point to go back at the year-end, even when I was working in Singapore or when I was studying here a decade ago. The latest I've been here is Christmas Day itself in 2003 or 2004 (when I spent the day with Bernie and we went on a wild goose chase because I lost my wallet, oy vey!!!!), but I still headed home for post-Christmas and spent NY's there. This time... it's a brand new experience, my friends. Can't say there's going to be tooooo much going on, though I have a Christmas Eve party at Bernie's that I'm really looking forward to, plus I've been invited to a Christmas Day lunch at Sarah's, which is lovely. So yeah. Not sure what New Year's Eve will be like though I do have an invite to a theatre friend's place; and my own housemates might be doing something, so we shall see.

What else? Last week I tried taking some supplements and ended up with a weeklong rash, which is as pleasant as it sounds. Nothing too exciting to report about that, but I just thought I'd mention it for the sake of mentioning it, arf arf. Oh, to celebrate my official PhD-dom, I finally finally went and got myself a postpaid mobile account, with a new phone as well, since I'm (theoretically) going to be here for longer. And what a relief too: the past six/seven months constantly uploading and topping up my credit has cost me a freakin' fortune! Here's a pic of my new phone, a Huawei, on the right. Nice, nice.

So that's about all, boys and girls. I'm sure I'll have more to update you guys on when Christmas rolls around, so stay tuned for that! Till then... shopping awaits!
Posted by Nick Choo at 4:04 pm No comments: