Hey all! So I've just finished two days of the Borak Arts convention, which has been pretty interesting. Well, it actually finished yesterday; the rest of the time I've just been chilling and enjoying my downtime here at this hotel, and hanging out with Kevin, Irinna and Becky, and pigging out Penang-style. Hey, when in Rome, right?

A couple of days ago I joined Becky for a quick walkabout around Georgetown as well as for tea at China House, this arty-farty hipster joint that's really overrated. Becky and I both agree that, as (former?) Penangites ourselves, the development of Georgetown into such a trendy place is both admirable and annoying. It's cool for Penang to be a touristy destination, and yet it all comes across as try-hard and pretentious. There's a conflict, a dichotomy, here, that I suspect many Penangites feel. But who knows? 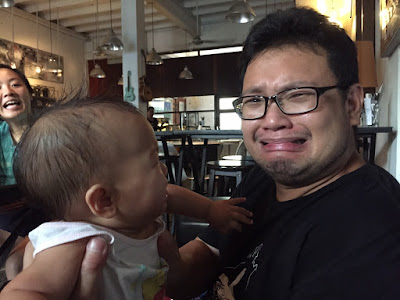 While I was at Dewan Sri Pinang (which hasn't changed one bit; old wooden panelling; hard chairs; weird drapes on the walls) for P Ramlee, I checked out a photo exhibition on mixed-race marriage in Malaysia and came across these two, old friends of mine whom I've not actually seen in, like, 15 years, back when I was frequenting the church at Pulau Tikus here in the late 90s: 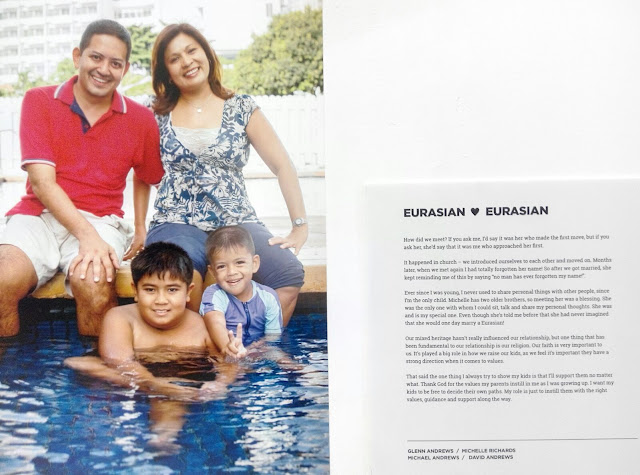 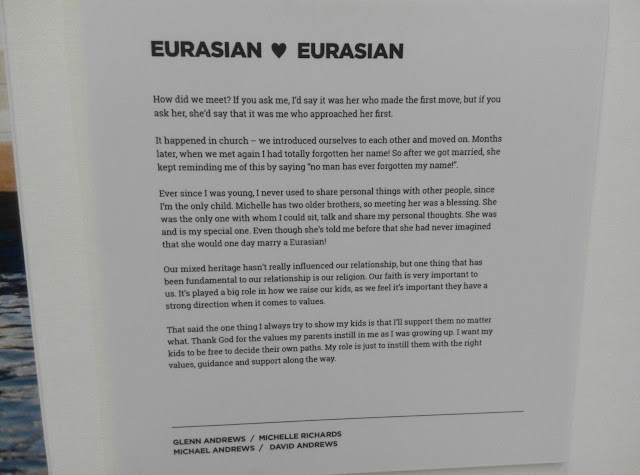 I'll come back a bit later to blog about the Borak Arts convention - mostly some thoughts that it raised in me - but in the meantime, here are a couple of pics: 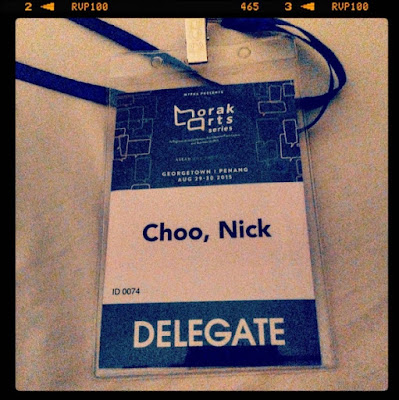 Been a while. Right now am blogging from a hotel in Penang, as I'm here for the weekend to network during Borak Arts Fest @ Georgetown Festival. Earlier tonight managed to catch P Ramlee: The Musical at Dewan Sri Penang, which is just as I remembered it (Dewan Sri, I mean, arf).

It's been a rather nostalgic trip, with me paying a visit to Penang Plaza (FIMA) yesterday (where I used to buy my British comic magazines on a weekly or bi-weekly basis, back in my kiddyhood and teens)... it's totally different now, but it just evoked a rather strong nostalgic response. It's funny, I sometimes still dream that I'm heading in to the Times bookstore that used to be there to buy the week's comic books. I guess it's because my subconscious likes to hold on to the times when things were easier, sigh! But anyway.

More updates to come, fingers crossed! ;) Check back in soon!
Posted by Nick Choo at 1:22 am No comments:

Here's a newspaper clipping of one of the articles that came out recently about me. Talk about an awesome headline, eh? LOL!! Took me a moment to get it. And then there's that caption that asks "Is Nick Choo the local Stephen Sondheim?" Wow!!!! That's a tremendous comparison that I think I'm not worthy of, but THANK YOU, Terence Toh of The Star! 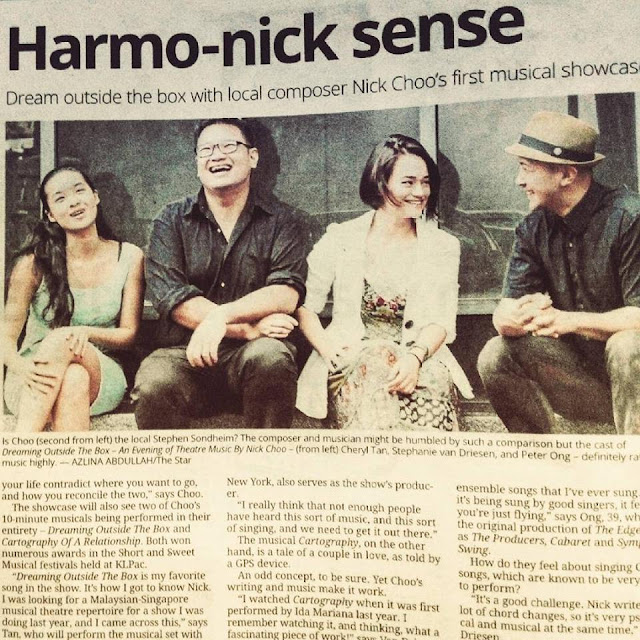 For the record, here's a list of my recent media appearances, talking about Dreaming Outside The Box - An Evening of Theatre Music by Nick Choo and more!

And here's a random pic: 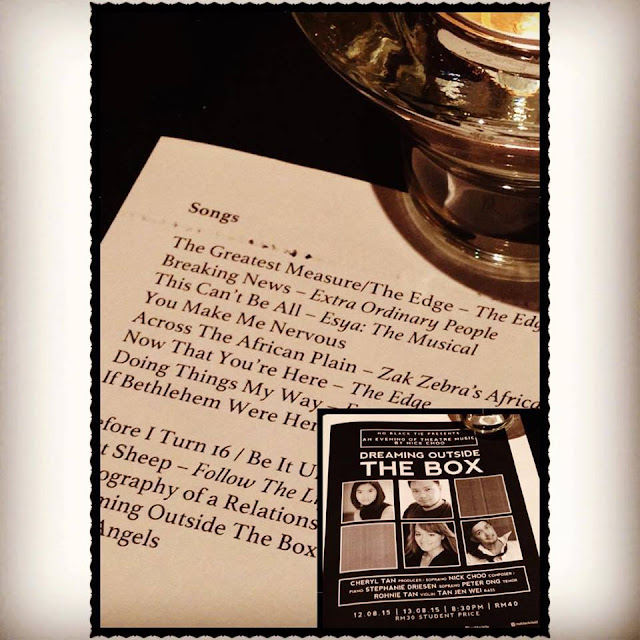 And it's done! My very first showcase at No Black Tie, done and dusted, and it was a success too! Pretty packed houses for a Wednesday and Thursday night, especially when the people had to battle storms and horrible traffic coming in to KL on the Thursday. All in all, a great experience and a wonderful audience! Here are some pics, taken by various friends. More on this gig to come, including vids and stuff! Stay tuned! 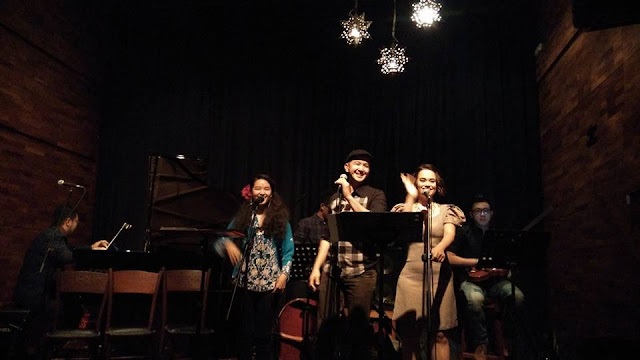 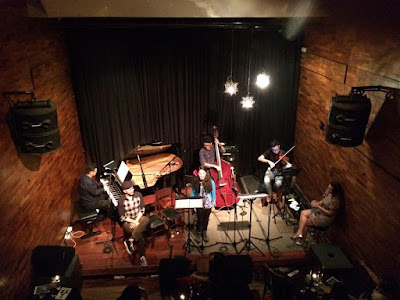 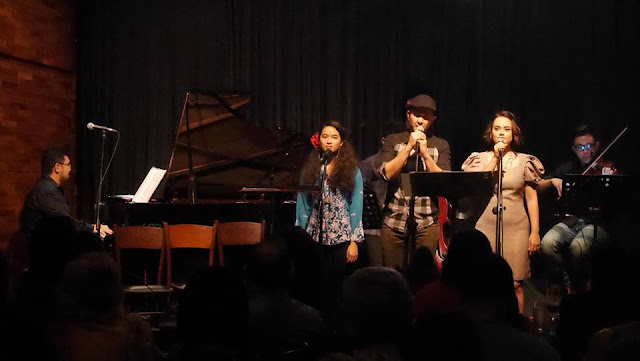 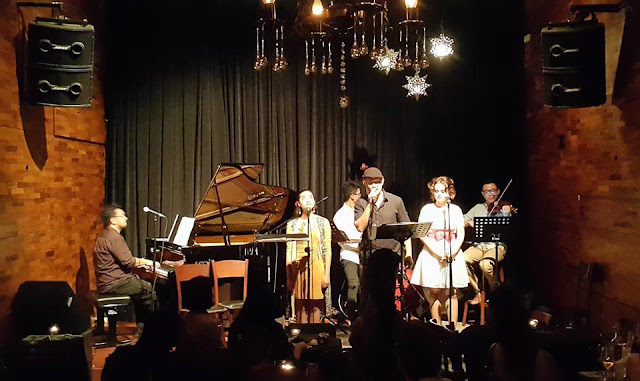 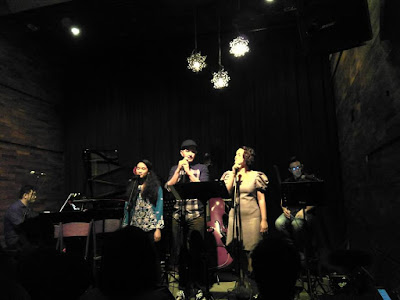 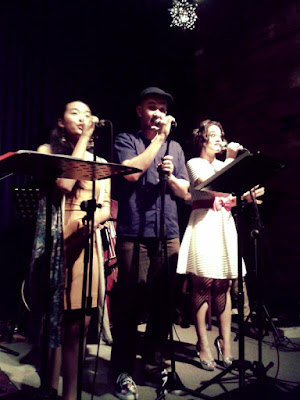 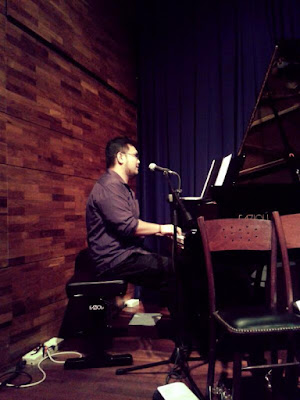 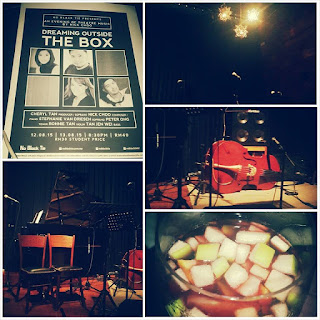 Here's the podcast of a radio interview Cheryl and I did this afternoon on BFM89.9, on our upcoming Dreaming Outside The Box gig. Check it out! 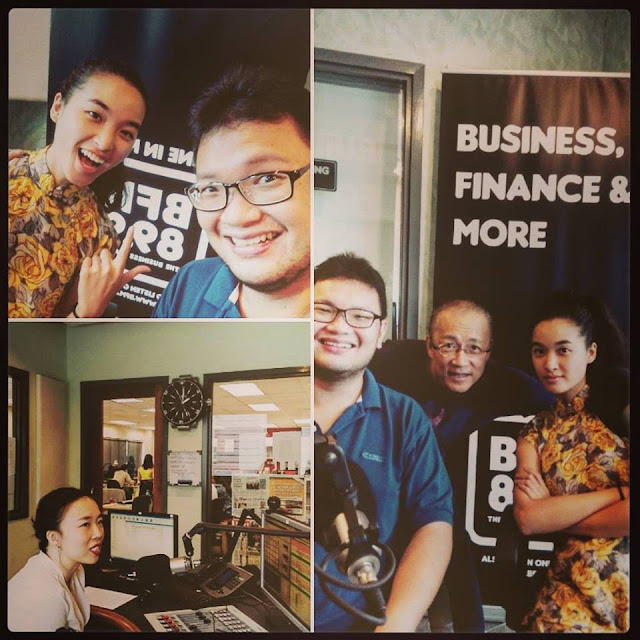 And We Believe In You

Rehearsal clip of Peter, Cheryl, Steph and myself performing the title song from The Edge for my upcoming showcase at No Black Tie! Enjoy!

Hey folks! What's been a-happening? Me, just continuing to compose for this upcoming musical in December. I guess it's safe to announce that I've been commissioned to compose for SIBKL (church)'s big musical Esya this year-end. Very exciting stuff! So yeah, been busy working on that in addition to preparing for my upcoming No Black Tie gig: rehearsals, media interviews and what-have-you. Speaking of which, here's an interesting little article that came out on Daily Seni, a local arts-related website. Click on the awesome (?) image below to have a read: 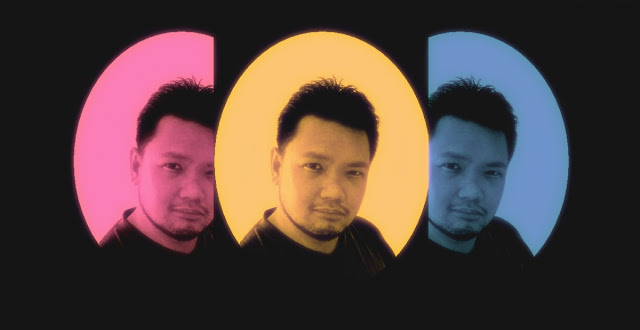 My favourite part of the article has to be this little table they created, on the probability of me winning a prize during any given year's Short+Sweet Musical:

In other news, my music also features in Sisa-Sisa, an anthology of plays that's running this weekend at KLPAC. Will be catching it tomorrow (Sunday), whoo-hooo! And elsewhere, my good performer friend Safia has been interviewed on the various projects she's been doing... it's always a pleasant surprise when somebody mentions you (in a good way), isn't it? 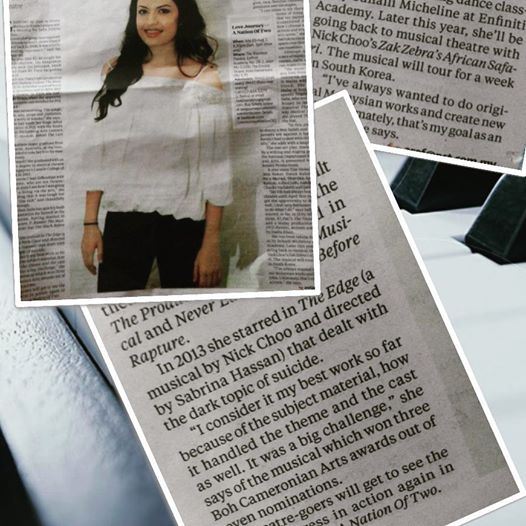 On Thursday I visited the dentist for the first time in 11 (!!!) years (no kidding), and finally got a whole lotta stuff done in my ol' chompers. The dentist said "not bad, not bad for 11 years", and the proceeded to fill, like, a thousand cavities, arf!! Nah, turned out there were two big cavities and a lot of small little ones that were due to natural deterioration (and not seeing the dentist for the aforementioned decade, perhaps!), so he suggested we patch 'em all up. So that was the good part, filling up all the cavities... the bad part was when I had to pay the bill, and it came up to a four-figure number! OY VEY!!!! I suppose I should count my blessings that the most agonising part of the procedure was the payment... being in the drilling chair itself was surprisingly painless!

I've also joined a nearby club, cleverly called The Club, which has a gym and an Olympic sized pool, so I'm looking forward to working out in and out of the water in the immediate future. The best part was, when I walked into The Club to check it out, I realised they had a chiropractor's office located on the premises! Talk about serendipitous! So I'm finally back at chiro, almost a year since I stopped at my previous one; and between this, The Club membership, my fortnightly new therapy sessions (oh yeah, have I mentioned them? Seeing a new therapist whose office is also nearby; three sessions thus far and so far so good) and the dentist's visit, it's not exactly been the best time to be a starving artist, oy vey! Never mind, all for the good of mental-emotional-physical health. Whooo!

Okay, that's about all for now, boys and girls. Tomorrow's going to be a long day, first with rehearsals with the band for the NBT gig; then watching Sisa-Sisa at KLPAC, before finishing off with a meeting for the SIBKL church production in the evening. I leave you with this photo of me, Cheryl, Peter and Steph at The Star on Wednesday with Terence Toh, who interviewed us on the upcoming gig (yesterday - Friday - I was interviewed by the New Straits Times, wheee): 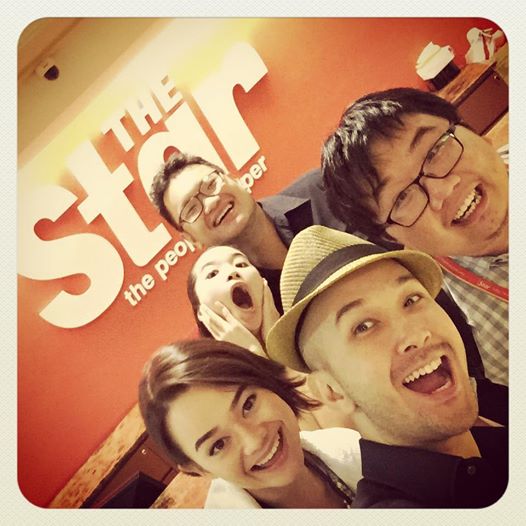 ....and finally, this murky 15-second sneak peek of another song from Esya, which was a fun challenge as it's totally not in my usual style of music. Have a listen — and see ya next time!