A Slice of Faded Metal

While walking my dog this afternoon, I came across a dog licence from 2005, nine years ago, on the ground. How long has this been there, discarded, weathering wind and rain and sunlight, coated with grime and grub, dirt and waste? Where, today, is the doggy who used to wear it? Alive or moved on? What of the owner - is he/she still spending quality time with the now-elderly pup?

If the pup has moved on, does the owner still think of his/her beloved pet that was once associated with this accessory, presumably clipped to a leather or silver collar around its furry neck? Does the owner now have a new canine companion or two, not as a replacement but as an extension of the relationship he/she once had with the now heaven-ascended hound?

Conversely, what if the owner had been elderly and has since passed? Was the dog thought of by the owner on his/her death bed, vivid memories of long walks, fond nostalgia brimming with water bowls, scattered kibble, the thump-thump of happy tail against surface, the pant-pant-pant of doggy breath, chewed shoes, cold-nosed nuzzles and fur all over the floor and furniture?

So many questions, all from one long-disused, long-abused slice of faded metal.
Posted by Nick Choo at 5:39 pm No comments: 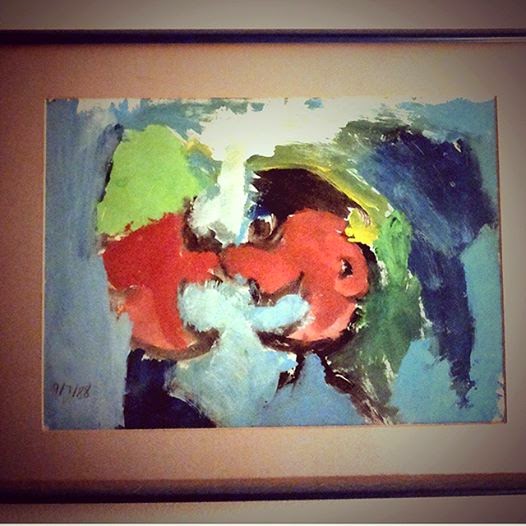 I remember painting this within minutes when I was eight years old. My dad was so impressed he immediately decided to get it framed.

If you look closely you can see two cartoony people facing each other in close proximity. I used to call this "The Argument", but later thought it might be bad juju and renamed it "The Conversation".

Today, if I'm to be honest, I acknowledge it should have been called what I'd always known intrinsically I wanted it to be called: "Two Men Moving In For A Kiss".
Posted by Nick Choo at 12:35 am No comments:

Had a nice lunch and catch up with my cousin Andrew today. Here he is, perhaps enjoying his souffle a touch too much... 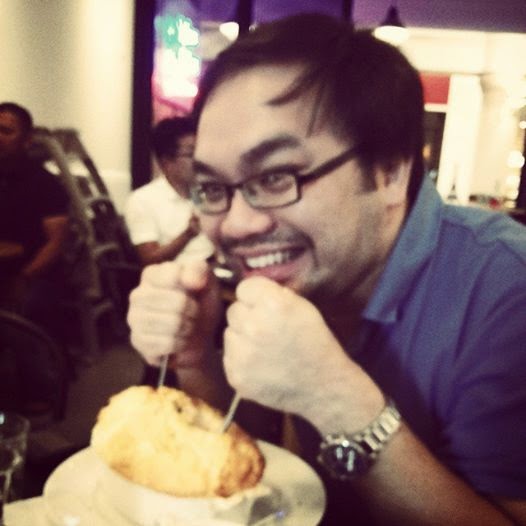 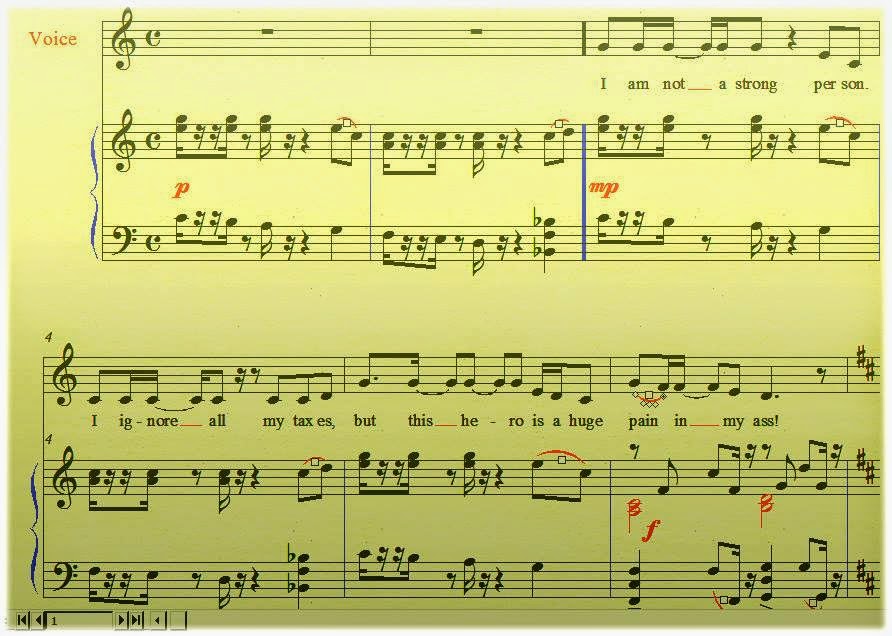 In other news, tonight I met up with my dear friend Dominic and we began plotting... things... :) What devious plans are afoot? Stay tuned for more details...! 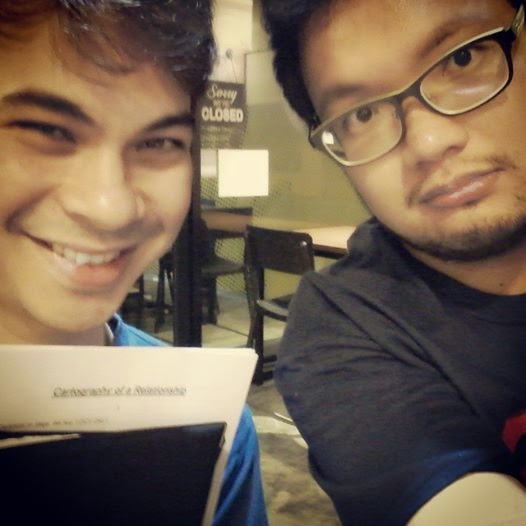 Hey everyone! All right, it's looking increasingly clear this blog isn't being updated as regularly as it used to be, and it's clearly because of the prevalence of social media. So if you haven't been following me yet, please do check me out on Facebook (my profile), Facebook (my music page), Facebook (my writing page, also a bit slow on the updates), on Twitter and also now on Instagram! In fact, here's my very first Instagram photo, posted yesterday of our rehearsal for the impending performances of Dreaming Outside the Box in the upcoming Sime Darby Arts Festival @ KLPAC: 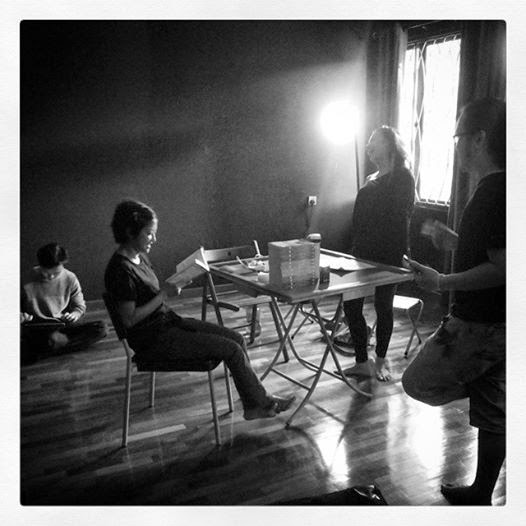 That all said, despite the slowdown in updates, I don't think I'll be retiring it anytime soon. In fact, this blog has been in existence for a staggering 10 years. Bloody 'ell, one entire decade... the first post was on 4 August 2004! Crazy, isn't it? Happy 10 years, blog!!

So what's been going on lately? Gosh, I can't seem to remember precisely what's been happening, although the past week or so I'd been feeling pretty down and sickly and lethargic, which my chiropractor suggested could be because of my bad back. So today he strapped me up in one of those traction thingies that chiropractors use, a little contraption to straighten your spine and such, 10 minutes at a time. Hopefully things will start to get better on that front.

Oh yeah, last weekend was the performance of my medley from Athena Emu at the Olympics by the Selangor Phil, the local community choir that put on an entertaining show at KLPAC. Here, for your listening pleasure, is a video clip of their performance:


Work on the musical Extra Ordinary People is still ongoing for the November performance, and I'm also now busy with music for a Shakespearean production, Cymbelline, at Murdoch Uni scheduled for October, for which I'll be heading back to Perth! So all in all, I've been keeping busy, though I do wish all this busy-ness equated proportionately to having a steady stream of money, haha! Ah well, tis the age-ol' dilemma of being a full-time artist, is it not? Oy. Oy, I say. Oy.

Oh well, I'll be back again soon (fingers crossed). Until then, do check back in later, k? Bye for now!
Posted by Nick Choo at 5:20 pm No comments: