Dressed up for the weekend. 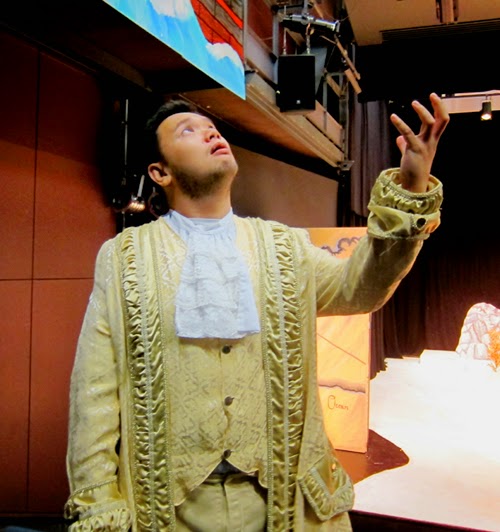 Hey all! It's been a busy past few days in Aussieland, with rehearsals for Captain Quokka's Adventures on the High Seas 2014 kicking into full gear! (I refer to the show with '2014' because, as you might recall, we had previously done Captain Q back in 2005, a lifetime ago, eeeek!)

Tonight (Thursday) we had our tech run, which went surprisingly smoothly despite some hiccups and a bit of drama which shall be kept under wraps; yesterday, after meeting and listening to the cast since Sunday, we finally had our first singing rehearsal proper with the ensemble, and if I may say so, I think I've done not too shabby a job in whipping the young 'uns into shape, arf arf! Yeah, they're coming along nicely, and they're a good bunch of folks (most of 'em at least!), who seem to be dedicated in trying to put on a great show... so I'm pretty optimistic it's all going to come together rather swimmingly (which is a pun, since there's a maritime theme. See what I did there??)

Anyway I shall be back with more updates soon, but in the meantime here are pics of rehearsal: firstly with the cast in costume looking terribly exuberant; and next of our director Jenny and our choreographer Salmiyah deep in conspiratorial conversation, probably whispering between themselves on who the bad grapes of the bunch are... LOL!! I joke, of course. OR DO I?!?!!?! 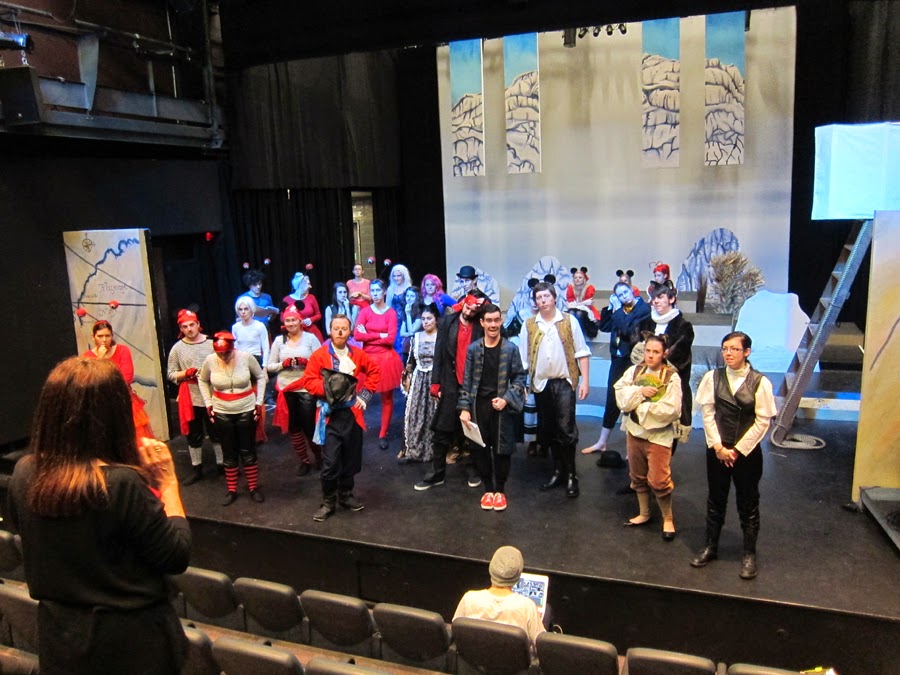 Hey all! It's been a fun couple of days, but right now I'm just relaxing and chilling in a room I booked at Miss Maud's Swedish Hotel in the city, just for the heck of it. It's a pleasant little hotel and a pleasant little room. Unfortunately I forgot to take a photo of it before I unpacked, so now it looks like my luggage has thrown up all over the room, so it's not really worth taking a photo at this point, arf!

Yesterday I spent most of the day at Bernie and Mikey's working on some stuff on my computer, and later in the evening Judi and I headed out to Mt Lawley to sit down, chit-chat, gossip and perv on the hotties that filled the coffee joint where we were at. That was heaps of fun!!

The day before, I headed to Murdoch Uni to catch up with Jenny and some of the Children's Theatre team, where I managed to do a brief rehearsal with some (actually, just one) of the cast members, have productive meetings on another upcoming project scheduled for year-end, and basically just chill out with the CT peeps and catch up. Rehearsals kick into full gear from tomorrow, so I'm afraid my holiday mode is going to end real soon... but I say bring it on! Bring it on, I say! Here's a little video clip of the aforementioned cast member singing one of the songs from the show, channelling her best Ursula the Sea Witch for this other marine-themed children's show we're doing...


The weather hasn't been too good in Perth lately... very windy and blustery, with sporadic bursts of moderate to heavy rain, so it hasn't been truly conducive to getting out and about. But out and about we were, indeed, earlier today: Bernie, Judi and I hopped into Judi's car, and she drove us down towards Pinjarra to meet up with Carol and Scott for breakfast/brunch at a lovely little bakery, followed by a drive into the bush to do some bush-walking and communing with nature.

It was pretty cold and rainy but it was a lot of fun, even though my manly purple umbrella wasn't able to adequately provide shelter all of the time, given the narrowness of the trail we were trekking and the gusts of occasional wind and the foliage that poked this way and that in all directions! Oy! But to my amazement, I actually survived!

Afterwards, Judi, Bernie and I headed back into the city (more than an hour's drive away) and they dropped me off at this hotel, where I've basically been chilling since I checked in (with a quick visit to the nearby diner's for a fish and chippy dinner)! Fun, fun, fun!

Anyhoo, I shall let the pictures do the talking, so I shall leave you here with the following collection of photos. Till next time... check back in soon, y'hear??

Yay! So after a recuperative day which found me dozing off in the afternoon, Bernie, Mikey, Judi and I enjoyed a pleasant evening of watching telly shows and pigging out on Mike's awesome pork ribs, yummy yummy!! I'd envisioned continuing on a healthy-eating plan while I'm here, but I think I have to put that on the back burner, at least for these early days, heheh. Tomorrow I'll be heading down to Murdoch Uni for the first day of rehearsals, so I'm going to hit the sack shortly... but I shall leave you with pics of us tonight. Till later!

Hey all! Sorry for the long silence, it's been a busy period with me creating and preparing music for Captain Quokka's Adventures on the High Seas in Perth. Speaking of which, guess where I am right now? In Perth, hahaha! Yup, hopped on a plane and arrived literally a few hours ago and just had a lovely scrumptious breakfast with Judi and Bernie, yayaay!!

Yesterday I had a bit of a panic attack at the thought of flying (I blame those goshdurn media reports about scary plane rides and unsafe structural conditions at airports!), and ended up getting anti-anxiety meds from my doctor to calm my nerves. He recommended a half-tablet on the flight, but I ended up taking one and a half tablets (i.e. three times the dosage), and while I was groggy-ish and not too anxious on board the plane, I still didn't manage to get any sleep. Sheesh! So right now I'm at Bernie and Mikey's home north of the river in Bayswater, where I'm about to go freshen up and probably hit the sack for a couple of hours. Stay tuned for more updates, pics and stuff, boys and girls - you can count on it! Till later!

Hey all!! Whew, the weekend was a whirlwind - I hopped on a bus at 8am on Saturday to travel all the way to Singypoo to check out some of my songs being performed in a showcase at the Esplanade Concourse, by a new performer friend, Cheryl. It was a lot of fun, and what was more exciting was that (as somebody reminded me) I've again gone international, with my Singaporean debut! (I tend to forget that Singapore isn't a part of this country. So yes, international borders crossed, baby!) Cheryl performed Be It Unto Me from Follow The Light as well as the entirety of Dreaming Outside the Box, my 10-minute musical about the two jacks-in-the-box who have been neglected and dream of a happier life. Check out the video below of Cheryl and her singing partner, Mitchell Lagos, performing Dreaming on Saturday night, to an enthusiastic reception from the audience:

I also found a new hotel to stay at during this trip, which is the Grand Park Orchard right in the heart of the city. Great location, across from Paragon and Takashimaya shopping malls, and a stone's throw away from both Orchard and Somerset MRT stations. I'd definitely stay there again; the room was modern and comfortable, albeit a touch odd in the choice of wallpaper decor as it meant sleeping with a woman hovering over my bed, which is a lot less creepy than it sounds:

After the showcase, Jo and I had dinner at Raffles City followed by too much dessert, which was a lot of fun. We called it a night at about 11:30pm, and I stayed at the hotel till check-out time the next day at noon, before hopping on a bus back home. (The bus ride back was a nightmare as the roads were jammed, causing me to arrive home more than an hour later than scheduled, but I shall largely put that out of my mind and focus on the positives intead!). All in all, it was a really good 24-hour trip, and I look forward to more visits to Singypoo (never thought I'd say that again!) :)) Here are more pics: