It's the final day of the year, what has been a crappy year. Let's hope 2012 will bring about change, and not just because I'm going to be in a new location with a new job. Yes, I know, change to a large degree has to also come from within - from new resolve and new mindsets and all that. Well. The clock's a tickin' to the end of 2011. I guess we'll find out soon enough what the New Year will bring. Meanwhile, I'm spending NY's Eve packing and preparing for the move. Clothes and books and toiletries and electronics galore. Whoohoo! See you in the New Year, boys and girls. And very soon, in Singypoo. Till then!
Posted by Nick Choo at 9:48 pm No comments:

Six days and counting till I leave this stupid country and start a new chapter in Singapore. I suppose I should feel excited; instead, I just feel... tired. Everything's just exhausting, and I'm short-tempered and irritable all the time. I think this is what depression does to ya: it turns everything, bad and good, into a chore. The idea of staying in this place – with my family – bums me out. The idea of starting afresh in Singapore bums me out. Christmas bummed me out. Everything's just... tedious. And I know it shouldn't be.

I'm just wondering if I maybe should start up on the Prozac again; I've not been taking it since... October, I think, right before I went to Perth. The thing is, I'd really like to get a handle on things without depending on drugs. And the other issue is that since I haven't actually been following a doctor's prescription on the Prozac per se (I've been getting it over-the-counter down at the local pharmy), it's not going to be so easy once I get to Singapore and trying to get it there. I suppose I could buy extra here and bring it in, but once again, it's all so goddamn... tedious. Sigh.

A couple of days ago I got rid of the giant stereo monitors in my bedroom – the ones that were part of my supposed "home studio". Sold 'em for a thousand bucks. Considering I bought 'em for 2.2k, and they were about three years old, I think the price was alright. Tonight I sold off my big-ass mudderfukkin' keyboard, that huge, heavy thing that's been more of a burden than an asset. Sold it for about 50% of its original price; from 14k down to about 6.5k. Urgh. Probably could've commanded a better price, but really, there aren't many offers, and I've gotta get rid of it. Fresh starts and all that. That, and I hope to get a new keyboard when I'm down in Singypoo. So... the setup below is gone now. And tomorrow my car goes, too, says Dad, who's been hunting around for a buyer. Whoo-hooo. It's all happening, folks. Whoop. Dee. Freakin'. Doo.

Bye-bye babies.
I guess that's all for now. Hopefully I'll start to feel better soon. Hopefully I'll start to feel more... alive... shortly. You know what I think a large part of the problem is? Apart from the fact that I'm broke and had literally 83 cents to last me over Christmas? It's that at 31, I don't know who or what I am. I don't feel like a journalist. I don't feel like an artiste. I'm definitely not a straight man. But I don't have the goddamn confidence to say I'm a gay man. I'm neither a believer nor an atheist. I'm not "fat" fat, but I'm not thin. Everything's too gray. Nothing's black or white, everything's neither here nor there. Now look at me, here we go again. Malaysia or Singapore? Hark, echoes: Australia or Malaysia? This or that; here or there; never on firm ground. If there's a reason for me to be knackered like shit, I think that's a good one.

That's all for now, folks. Till my next cheerful update. Bye.
Posted by Nick Choo at 9:33 pm No comments:

Tis the season to be bored. Mum's away in Aussieland (should've gone with her); friends have gone back to Penang (should've gone with them); I've got no money thanks to the whole Singapore move coming up; my Christmas eve consisted of me watching TV show reruns in my room babysitting my dog while getting pissed on an entire bottle of red wine polished off within the hour; Christmas morning meant getting up to feed the dogs; Christmas lunch was noodle soup from the corner coffee shop; the rest of the day looks pretty blah to me. Sigh. I think I shall go back to bed for the rest of the day. Merry effing Xmas.
Posted by Nick Choo at 12:19 am No comments:

Yo, wassup peeps! Today is the 20th of Dec, also known as my brother's birthday, arf arf. No idea where he is or what he's got planned, but ah well. Can't believe we're approaching the end of the year already. Thank heavens is all I can say, given how crappy the bulk of this year has been. But some developments have been happening in recent times, and I'm glad to announce that I am now able to blog about it, since the majority of people who need to know (and a handful who didn't need to know) already know...

As of the 2nd of January 2012, I'll be heading to Singapore and living there permanently-for-the-time-being, as I've been offered (and I've accepted) a job with Today paper under Mediacorp, whoo-hooo! So yes, it's off across the border in about two weeks... which should pretty much explain the blog posts below about frequenting Singapore. I've made one more visit since my last Singypoo blog post, I think, to get my medical done for the working pass, and thankfully everything's fine and in order.

In the meantime, I've also been scouting out accommodation, and I've finally decided to move to this place in Punggol, which looks kinda far and isolated on the map, but honestly, Singapore's only so big; every place is interconnected one way or another. Initially I'd decided to move in with these two guys, a gay couple, also in Punggol, whose place was done up like a nightclub lounge, I kid you not. But I guess it was too good to be true, as they said they didn't want to rent their spare room out after all; though the cynic in me figures they probably found someone else. Ah well.

So yea, can't believe how much it's been a whirlwind since the end of October when they offered me the job while I was still in Perth. I'd spoken to Chris, my former journalism supervisor, who was very excited for me and told me to seize any opportunity that comes my way as you never know where it might lead. So that's what I've done: opportunity... seized. I've since told my boss at Selangor Times, and then tendered my one month's notice; and in the meantime I've been making plans to sell my big-arse keyboard so I can get myself a new one after I've made the move (Neek can't do without his keyboard, no siree, and the smaller one I own is already coming up to nine years old with two broken keys); and Dad's been trying to sell my Myvi (sob!!!)... so it's all... y'know... real. It's happening. Eeeeek.

Don't get me wrong, though: I do have a good feeling about this (on the days when I'm generally in a positive mood)... though the last trip to Singypoo kinda ticked me off because a) I wasn't entirely in a positive mood, and b) a lot of Singaporeans tend to be very self-focused, ignoring other people... so for instance, if they bump into you, they'll just move on without acknowledging it, which is bloody annoying. But that's just one grievance, and perhaps I should just get used to it. Oy. In the meantime, I think I'll be missing my doggies the most. Sigh. Ah well.

Anyway, I'll write more on my thoughts about Singapore soon, and you can rest assured that come the new year and when I'm down under (not Aussieland, unfortunately) I'll be updating this blog more frequently. In the meantime, here's wishing one and all a Merry Christmas, though for me it's kinda a blah Christmas. Mum's away in Melbourne and Tassie with relatives, leaving me with dad and brother home alone for Xmas. Oy. It's a wonderful life. Indeed.

Oh yeah, before I forget, today we had a Christmas meal and gift-exchange in the office (my second last week at work, folks!). It was lots of fun, with my colleague Basil and me singing Christmas carols, he accompanying us on his guitar. And by pure coincidence, the random anonymous gift exchange resulted in me receiving a gift from Basil himself. Heh. No idea what's in there. I guess I should rip open the Macca's bag and find out. I'm thinking it's a decoy and it's not Macca's related though. Or is it....? Hmmmm.

Email ThisBlogThis!Share to TwitterShare to FacebookShare to Pinterest
Labels: Singapore

Here's a song I recorded on Tuesday night, one of my "classics", circa Christmastime 2000, arf. It's a song I really, really like (if I may say so), except, as I mentioned on FB, it's a shame I don't feel as strongly about the sentiments in the lyrics as I did when I first wrote it. Never mind; here's me and my new arrangement of The Meaning of Christmas, in the spirit of the season. More updates soon... :)

In the spirit of the season, here's a reminder of what was going on around this time last year. I posted this on Facebook with a message that read:

[I have] learnt that there's nothing more upsetting than when an artist starts to resent his own work. Regretfully that happened with this show. But thanks to some wise mates, I'm learning not to let my craft get affected by things that are out of my control. So in the spirit of the season, here's a clip from last year's Christmas musical, 'Follow The Light'. I should be proud of it. And I am. At long last.

And it's true, although healing does require baby steps.

Speaking of baby, here's the song. The clip is made up of video and photos, and the audio isn't always in sync because the live music was from a different night than the video performance. But I hope you enjoy it anyway. And I'll aim to put up more Christmassy stuff (for what it's worth, from this cranky, disgruntled agnostic wannabe) soon, as well as more updates on what I've been up to lately and where my life appears to be heading (which isn't as ominous as it sounds, arf). Till then!

Hey all. I'm still alive. Will do a big update shortly. In the meantime, here's an un-Photoshopped photo of Ashley. Hehhhh. Till later... ;) 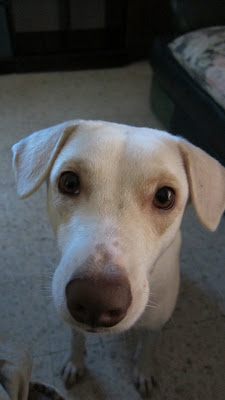